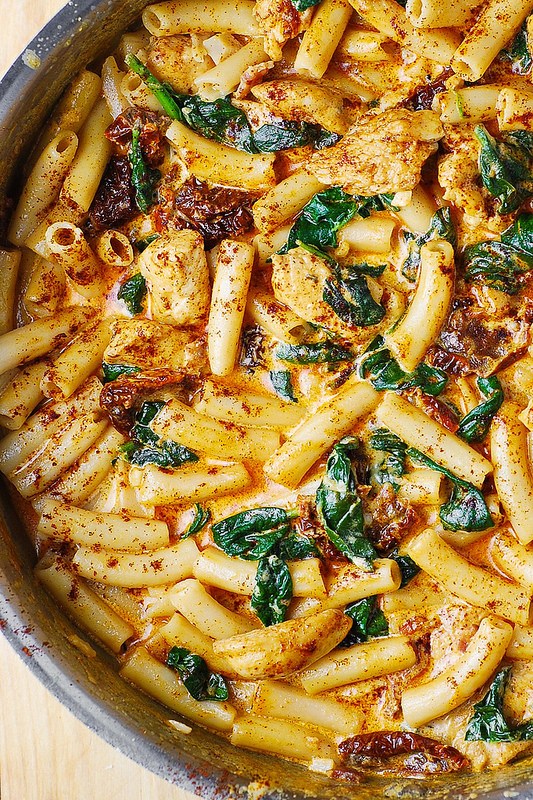 Instructions
Use sun-dried tomatoes in oil – if the sun-dried tomatoes are too big, chop them into smaller bites. Heat 2 tablespoons olive oil with sun-dried tomatoes and minced garlic on medium heat
Heat sun-dried tomatoes (cut them) in 2 tablespoons of olive oil and chopped garlic on medium heat. Add chopped chicken breast to the sun-dried tomatoes and oil – generously season the chicken in the skillet with salt and paprika. Cook chicken until it’s cooked through completely.
To the same skillet with chicken and sun-dried tomatoes, add 1 cup of half and half and 1/4 teaspoon salt – bring to boil. Add grated Asiago cheese and stir for about 30 seconds to melt the cheese. Reduce the heat from boil to simmer and continue stirring to make sure all cheese melts. At this point, if the sauce is too thick, add another 1/3 cup of half and half and stir. Taste the sauce – if 1/4 teaspoon salt was not enough, add more.
Cook pasta according to package instructions. Drain, rinse.
Add cooked and drained pasta to the sauce. Add spinach, mix everything – cover with the lid and let the pasta sit to allow spinach to wilt, on low simmer. After spinach has wilted, stir everything together to combine, taste and add more salt, if needed.
NOTE:
WHAT IS HALF AND HALF? Half and half is the US milk product that combines half milk half heavy cream (whipping cream) to form a lighter cream (unlike heavy cream). You can easily make it yourself by combining half milk half heavy or whipping cream. If you live in the UK, half and half would be the equivalent of single cream. Alternatively, you can mix half double cream and half regular milk (if you live in the UK). 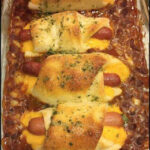