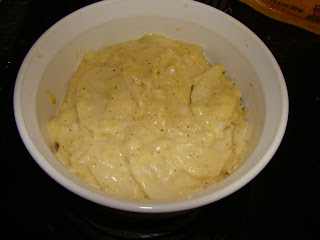 Bonus: Homemade Potato Chips
As I was thinly slicing the potatoes my daughter asked if she could eat one. “Sure” I replied. We’ve all tasted raw potato at least once. That’s how we know they’re so much better cooked. “Eww.” she pronounced as she tasted the starchy slice. Then my husband pointed out, “That’s what they use to make potato chips. You like those.” So I somehow ended up making potato chips. Just a few. I was curious too. It was easy and they did taste just like the ones from the store…only fresher.

I just poured some vegetable oil into a small skillet and heated it over medium heat. Then I dropped those thinly sliced potatoes into the oil and fried em’ until they were golden.

When they were ready, I removed them from the oil with a metal slotted spoon and dropped them onto a paper towel and liberally sprinkled them with salt. 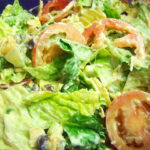