ask and you shall receive! We are now serving ARROZ CON LECHE is a must on weekends 🤪 come on in and enjoy some outdoor dinning with us 🔥
Rice pudding (arroz con leche) made the traditional Mexican way, with both whole and evaporated milk and an aromatic touch of cinnamon.

Arroz con leche, aka rice pudding, was a dessert my mom grew up on. My great-grandma made it, and I wanted to find a recipe that tasted just like it. Fortunately, I did just that and now have introduced this delicious dessert to my own children. But, what is it exactly?

If you’re not familiar with rice pudding, arroz con leche is a Spanish dish made from rice mixed with water or milk and other ingredients like cinnamon and raisins. The dish also has some sort of sweetener, whether it’s sugar or sweetened condensed milk.

Ingredients:
7 cups water
1 cup long-grain white rice
One 4-inch cinnamon stick
One 12-ounce can evaporated milk
One 14-ounce can condensed milk
1 cup whole milk
3/4 cup golden (or regular) raisins
You can also add drained pineapple, coconut and pecans (or any nut you prefer – these are the things my friend added to make it her own)

Directions :
Put the water, rice, and cinnamon stick in a medium-size heavy saucepan set over medium-high heat. Bring to a boil, uncovered, and cook until the rice is tender, about 18 minutes. Strain out the liquid, discard the cinnamon and reserve the rice. Return the rice to the saucepan. Stir in the evaporated milk, condensed milk, and whole milk. Continue cooking over medium-high heat until the mixture comes to a boil. Reduce the heat to low and cook, uncovered, stirring constantly, until the mixture is thick, about 20 minutes. Add the raisins, and stir well. Transfer the pudding to a serving bowl. Dust the top of the pudding with ground cinnamon and serve.
Enjoy !! 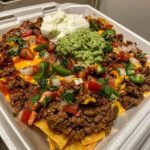