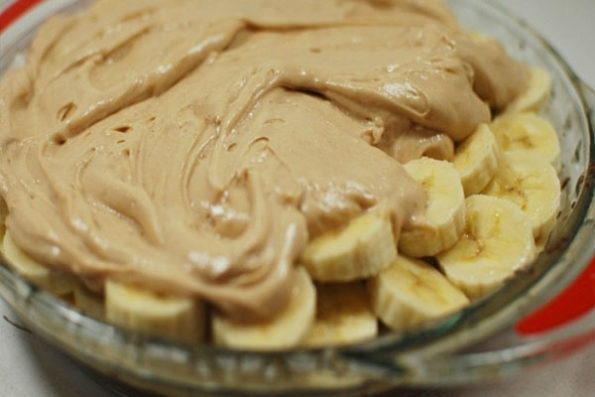 This pie would have been a personal favorite of Elvis Presley.

My friends and I loved doing bake sales when we were in college. If you see us together, you wouldn’t imagine us as a group of people who raised money for charity. We were, after all, a really noisy crowd who always laughed and made fun of each other. But it’s true. When we were in college, we joined this organization who raised money for the homeless. One of our ways in achieving that was through bake sales. We set up a little booth at the university and sold different types of sweet treats. Most of us knew how to cook and bake, which helped achieve the purpose easier.

Some of us did the marketing and posted posters and gave away flyers. I was part of those who slaved away in the kitchen the day before the bake sale.

This recipe that I am about to share with you reminds me of those days. Those days when we all felt happy while doing something that worthwhile. Giving something to people who have less than you felt nice- there is something about the thought of giving that just makes our hearts feel good.

Photo and recipe courtesy of Dinner and Dessert.

Pies are favorites at every potluck or every reunion that I have attended. Most of the dishes that become empty in minutes are fruit pies and casseroles. Since I wanted to bring something new other than my usual cakes and pasta recipes, I brought one of these pies for dessert. The potluck gathering was just a few minutes away from our house so traveling with the pie was a breeze. What can I say- during that night, this pie of mine was one of the stars of the table. It’s a simple pie that doesn’t take too much of your time and effort. It’s a no-bake pie that will satisfy the stomach and hearts of the ones you love.

Check out what our friends from Dinner and Dessert have to say about this recipe:

“Ever since I was a little kid, I have always enjoyed the peanut butter and banana combination. I remember the first time I had a peanut butter and banana sandwich. I was probably four or five, and my grandmother made one for me. I thought it was going to be gross, but I tried it anyway and loved it. Ever since then, I knew that I loved these two flavors together. When I saw this recipe, I couldn’t wait to try it. When I made banana cream pie last year, it was a huge hit with our friends, and since I know a bunch of peanut butter lovers, I was pretty confident this would go over well.”

It’s the secret ingredient that makes this pie extra special. You wouldn’t be able to go back once you have a slice of this decadent pie that’s made straight from your own kitchen. This is a true winner recipe that will wrap everyone around your fingers. 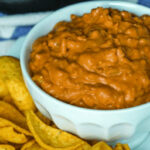 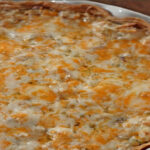