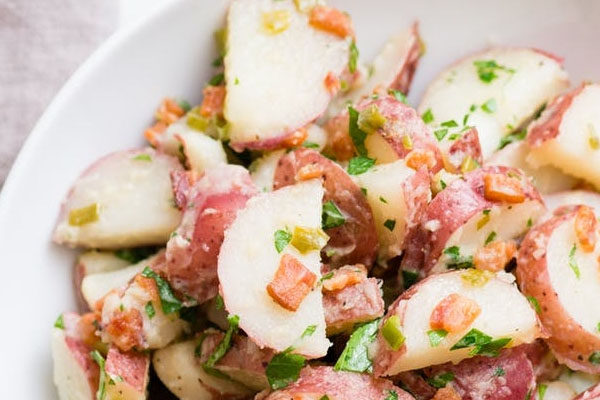 Now that it’s warm weather, if you’re like us you’re gearing for a summer of backyard cookouts complete with everything from burgers to cole slaw to our personal favorite, potato salad. Many of us are probably most familiar with the tangy mustard version bought at stores and routinely served at backyard BBQs, potluck dinners, and similar gatherings. However, that’s not the only way to make it. In fact, we prefer the authentic German version, which is incredibly tangy and loaded with goodies like scallions, salt, pepper, parsley and a generous helping of bacon.

In fact, you could call this variation on potato salad the bacon-lovers version of this classic recipe, because it’s stuffed with plenty of bacon that really enhances the flavor of the potatoes and complements the spices and seasonings. It goes well with burgers, hot dogs, ribs or anything else you might serve at a cookout, but definitely, mixes things up a bit and will make your gathering stand out!

Here’s everything you need for this tangy bacon-lovers potato salad. This recipe makes 6 to 8 servings.

Halve the potatoes (quarter if large), then cut crosswise into 1/2-inch-thick slices. Place in a large saucepan of heavily salted water and bring to a boil over medium-high heat. Reduce the heat to medium and simmer until the potatoes are knife-tender, 4 to 5 minutes. Meanwhile, cook the bacon and make the dressing.

Place the bacon in a medium frying pan and cook over medium heat, stirring occasionally, until crisp and browned, 15 to 20 minutes. Using a slotted spoon, transfer the bacon to a paper towel-lined plate and set aside. Measure out 1/4 cup of the bacon fat and place in a large heatproof bowl.

After this, add the vinegar, mustard, scallions, and 1/2 teaspoon salt to the bacon fat. Season the mixture with pepper and then whisk the ingredients together. After this, set it aside until the potatoes are done. Drain the potatoes and place them in the bowl of dressing, using a rubber spatula to toss and combine the ingredients. Add salt and pepper to taste and then set the potatoes aside for about 20 minutes to allow them to cool and so that the flavors can meld together. After this, add the parsley and the bacon you kept out and serve the potato salad either warm or at room temperature.

Wow! We really like this potato salad because it’s practically hearty enough to be a meal all on its own. Plus, we like serving it at our backyard BBQs because it’s different from the potato salad most people expect. Yum! 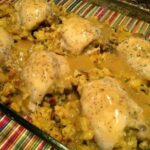 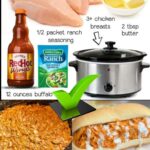